Down the Murray we go

When we left Holbrook, we decided that we wanted to head along the Murray River, so we drove through Albury.  We needed to pick up some supplies, and the kids really wanted another play at the cool park that they had been to a few days before, so we stopped in Albury and had a play (while mum went shopping).  With all our supplies (except any fresh fruit - due to the fruit fly exclusion zone) we headed down the Murray river to a beautiful spot called Police Paddocks, which was a free camping spot right next to the river. 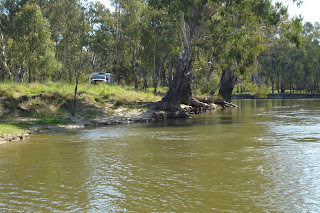 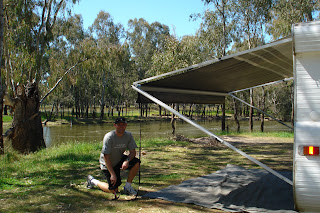 This was our first free camping night on our trip, and it went so smoothly and was such a beautiful spot that we decided to stay for 2 nights and have a 'School Catchup' Day as well as a swim in the river to cool off.  The weather got quite hot (30), so it was good to be able to have a dip in a very refreshing river. 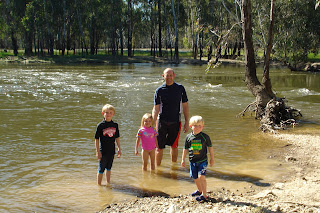 Although the days were quite hot, the nights cooled enough for us to have a fire to sit around and cook some damper to eat with golden syrup - yummy. 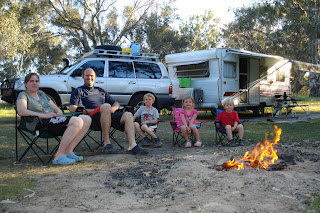 On Friday the 21st, we packed up and headed to Rutherglen to re-fuel and post Josh's first set of schoolwork back to the Distance Ed school.  Then it was North to Toucamwal.  We passed the Big Strawberry on the way, and just had to stop to buy a large punnet of beautiful strawberries.  Then it was on to Apex Beach, which is another free camping spot that was absolutely beautiful.  The campsite was near the river and had a large sandy beach which the kids enjoyed playing on.

As we packed up to leave we noticed some of the other campers looking up into one of the trees and taking photos,  they had spotted a Koala.  Our kids were very excited to see the Koala and after spending some time checking it out we headed out of Apex beach down the very bumpy dirt road (our caravan handled it very well) only to spot 3 more Koala's along the way. 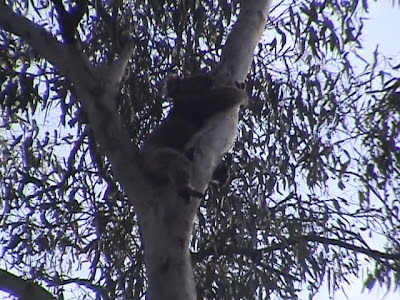 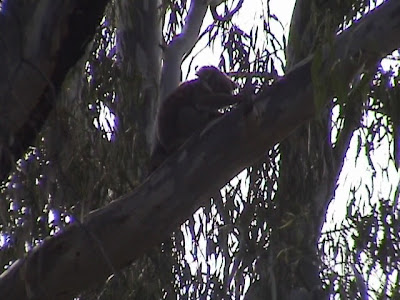 I'm going to start a count of how many Big 'x' places you see. Pass the Big Merino at Golburn?