On the 28th of December, we left Wirrina Cove on the Fleurieu Peninsula and headed back to Adelaide where we would camp on Andrew Phillips' driveway again for another couple of days.  On the way back to Adelaide, we were fascinated by the M2 motorway which is a 2 lane motorway that they seem to 'reverse' the direction of when they need the traffic to flow North or South!  We were very thankful that it was open heading North because it made our trip back to Adelaide much quicker.

We setup in the driveway (thanks again Andrew) and then went for a play at an Adventure Playground just around the corner.  There was a really long slide (which was super hot because it was in the full sun on a 32 degree day) but the kids (and Mike) slid down it on a folded picnic mat and it was great fun.  Sam had a bit of trouble negotiating the exit off the slide on his first go, but enjoyed it nonetheless.

When we'd had enough of the playground, we drove to the top of mount lofty.  It is 711 metres above sea level, and so the drive up was quite a big hill, but once we got to the top, the views were amazing.  It was a very clear and perfectly cloud free day, so we got to have a good look at the entire area from the top.  It is well worth a visit for anyone going to Adelaide.


We had decided that Thursday the 29th December would be our last full day in Adelaide, and we really wanted to go and see the Giant Panda's Wang Wang and Funi at the zoo. So we got going early and went to the zoo for the day.  We spent about 4 hours at the zoo having a great time and looking at all the animals.  The Panda's and the Meerkats were the favourites (with lots of close seconds!).  We had a great time at the zoo and enjoyed walking on a Flat zoo (as opposed to Sydney's Taronga which is very hilly). 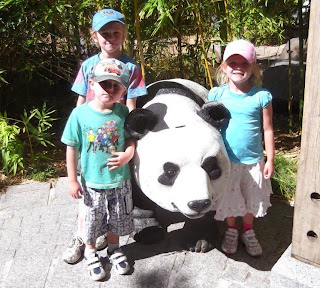 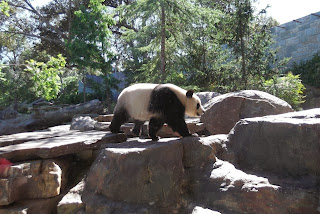 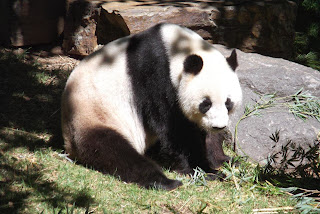 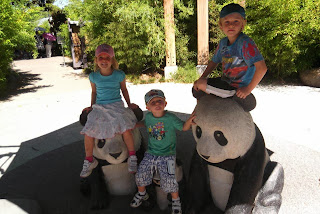 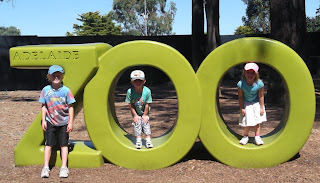 While we were in the Zoo, there was a 'childrens zoo' section that had many animals which you could pat (if they came close enough), and there were 2 Quokkas in this section which were very comfortable with human contact.  The kids (even Josh) spent quite some time patting it's soft fur - they were very cute.

After we'd seen all that we wanted to see at the zoo, we drove out to the closest beach (West Beach) and had lunch next to the water before a very enjoyable swim to finish off our time in Adelaide before we headed North the next day.